Between Greta Thunberg and Billie Eilish.

How does Generation Z tick? 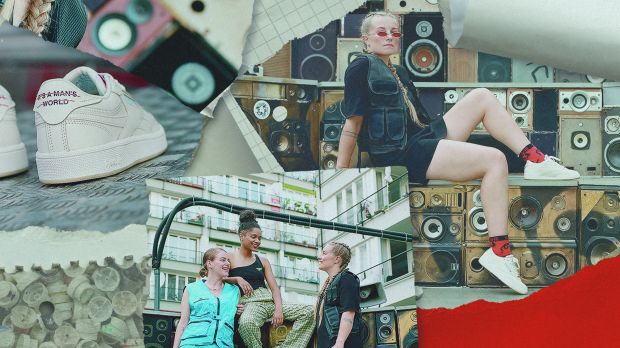 That's a pretty nested picture. What is it really like, the youngest generation, Generation Z?

Between crisis mode and consumerism. Between a sense of community and materialism. Between environmental concerns and luxury labels.

The bandwidth of Generation Z is huge. Their representatives demonstrate for the climate, save for hip luxury labels and present make-up tips on YouTube and Instagram. Despite supposed differences, there are things in common that are worth knowing. Because only those who address young people authentically have the chance to receive their attention. Take a clear stance - essential.
Striking logo prints on the one hand, an almost iconic climate strike poster on the other. Black neon green coloured hair on one side, two long plaited braids on the other side. Cooperations - whether with luxury brand MCM or Fast Fashion Concept Bershka - on the one hand, meetings with high-ranking politicians on the other. We are talking about pop star Billie Eilish, currently one of the most streamed artists on the planet, and environmental activist Greta Thunberg. Two girls who currently dominate the headlines, although at first glance they couldn't be more different. And yet they have a lot in common. Not only because both, born in 2001 and 2003, belong to Generation Z. 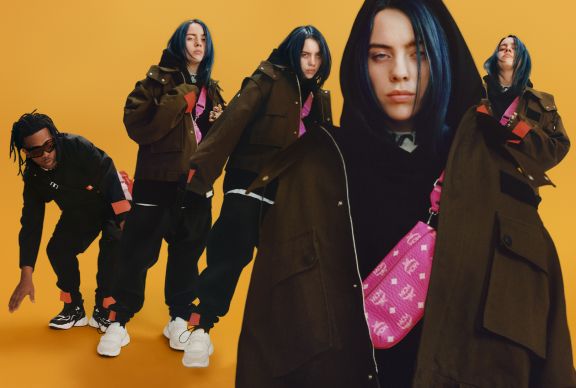 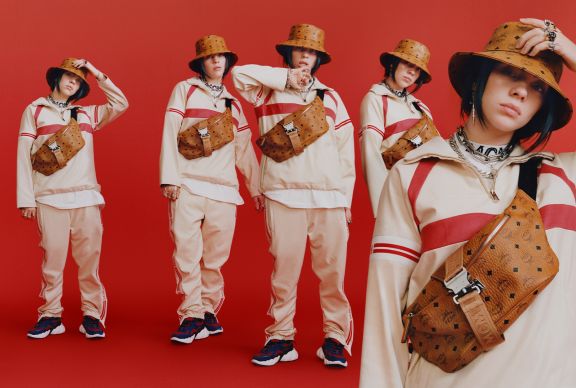 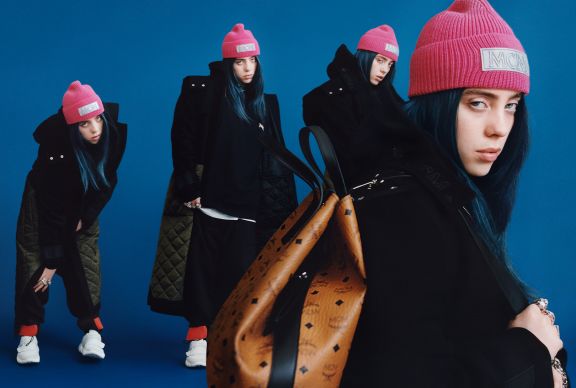 Lea Colombo
3 / 3
Teilen
The group to which, according to definition, those born approximately between 1995 and 2010 belong. In Germany alone, this group accounts for more than 15 % of the total population (source: Federal Statistical Office, cut-off date 31.12.2018). The fact that the spectrum ranges from Eilish to Thunberg shows how difficult it is to characterise the generation. Correspondingly, the right approach is a challenge - regardless of whether one wants to win the young people as customers or as employees.

Materialism and longing for community

The question of how to find "ways into the heart of Generation Z" was addressed by the speakers at the conference of the same name held by the Heidelberg-based Gesellschaft für Innovative Marktforschung (GIM) in Frankfurt at the end of September.

A result that GIM Managing Director Jörg Munkes found out in the context of a large-scale national social study on Generation Z surprised him in particular: "In no other generation have materialistic values overlapped so much with social values such as a sense of community," i.e. luxury brands, status

symbols, Billie Eilish on the one hand, and a global, social environmental movement with Greta Thunberg at the top on the other. According to Munkes, one possible reason for this is that people used to have to work for prosperity, sometimes with an elbow mentality. The young people would not have experienced this today in such a way, could therefore share better and sought success in the togetherness. But that doesn't mean they want to forego prosperity.

"Heretically one could say that Fridays for Future is all about preserving prosperity," notes Munkes.

Irrespective of the intention, it should be noted that young people are more strongly engaged again, "the apathetic hipster culture of the turn of the millennium" is over, as Spotify writes in the study "Culture Next". David Fischer from the streetwear portal Highsnobiety also says on the subject of sustainability: "We have a young audience and do not evade this topic. On the contrary, just like gender and identity, it is very important,"

says Fischer, according to the Spotify study. For 59% of the 500 Germans surveyed aged between 15 and 37 were of the opinion that "brands should promote more progressive values and play a stronger role in society". The most important values are environmental protection, honesty and social responsibility. The demand for transparency is self-evident in this context.

By the way, the issue of identity addressed by Fischer not only manifests itself in individualism, but also in collective identity. Levi's, for example, has recognized this. With its print bar, the jeanser aims to enable customers to personalise their products within a given framework. Lucia Marcuzzo, Vice President Levi's Central Europe, is convinced that Generation Z both wants to be inspired and actively participate in shaping the future.

Improve the world with crowd shopping

About You is one of the pioneers when it comes to addressing the younger generation. The e-commerce company already celebrates individualism in its name - and at the same time the diversity of its customers. Zalando is taking a similar notch with the new "free to be" campaign. But back to About You. Permanent events such as About You Fashion Week or the Pangea Festival create a sense of community despite the differences. The latest idea: About You allows clubs to realize heart projects - provided they can encourage enough friends to go crowdshopping. Thus the Online Pure Player seems to hit the nerve of the target group again.

Stefanie Kuhnen, Managing Director at advertising agency Grabarz & Partner and speaker at GIM Inspiration Day, recommends: "Companies should give young people a platform where they can personally contribute to making the world a better place."She sees Adidas as a role model with actions like the Waste Race, where runners collect garbage while jogging.
Mehr zum Thema 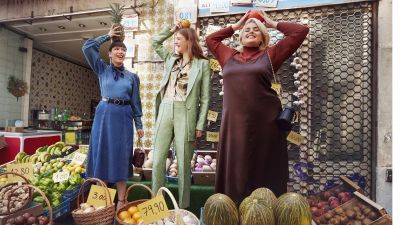 
Ines Imdahl, managing director of the market research institute Rheingold Salon, found out in an Instagram study a year ago that at least then less than 10 % of the young people in the social network had been committed to sustainability.

Regardless of which interest is in focus, it is crucial to strike the right note. Julia Althoff, Head of Mesh Collective, an educational initiative belonging to the film company UFA, knows this from her own experience. She and her team produce YouTube videos for teenagers. After first playing the channel themselves, they now only work with influencers. Your advice: "You should also lose control," which means that content should be conceived together with the young people instead of presenting them with a script.

Although YouTube and Instagram are of course very important - Eilish has a proud 39 million followers at Instagram, Thunberg a modest 7 million compared to them - Generation Z is extremely sceptical about social media and influencers. She has already had experience with Hate Speech, false reports and purchased reach on the Internet.

"The young generation has learned that even Tinder doesn't bring the perfect relationship," adds Hannes Fernow, Director GIM foresight.
His thesis: There is a romantic basic longing. Fernow's international future study "Values & Visions" shows that young people are not only looking for time out from everything digital in nature, but are also increasingly longing for a classic family, especially in Germany.

Imdahl also attests to the young people's longing for family and friendship. The reason for this was a loss of control, which the young people experienced on several levels: through physical changes in puberty, growing up in a time marked by crises, also in the media, and increasingly more divorces.

The boys attach importance to the feel-good factor

Although brands should be aware of these desires, the needs of young people "should not be the only focus of marketing activity," emphasizes Imdahl. It is more convincing to develop and stand by one's own value system independently of certain expectations. This gives young people more security than a brand without a clear stance.

In general, Generation Z attaches great importance to feeling good. Instagram already takes this into account by no longer displaying the number of likes in test countries. The culture of well-being also includes openly showing weaknesses and talking about illnesses, be it Billie Eilish's Tourette syndrome or Greta Thunberg's Asperger syndrome.

The unconditional satisfaction of one's own needs can become a problem when children are no longer confronted with mistakes or failures, but instead, for example, all children receive a medal at a competition, as Gerhard Lembke, author of the book "Verzockte Zukunft", explains at GIM Inspiration Day. According to his observations, career starters of Generation Z have to be taken much more by the hand than previous generations. For the moment, however, it seems that peers can best take their generation by the hand - and perhaps not just their own. After all, not only Billie Eilish has joined Instagram Thunberg's call, but also many representatives of other generations. 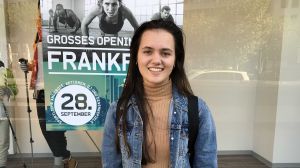 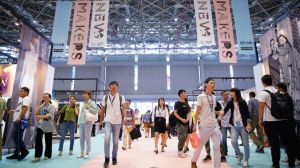