Everything points to Claus-Dietrich Lahrs

Will Claus-Dietrich Lahrs be the new man at the top of the S.Oliver Group? There is much to suggest that it would change things in Rottendorf.

They are still rumours, but there is much to suggest that the former Boss board of directors, after his departure from Bottega Veneta, is about to jump on S.Oliver's CEO chair. Here an analysis of a possible scenario.

One thing is certain: Claus-Dietrich Lahrs is no longer CEO at Bottega Veneta. The luxury company and the man who was previously the CEO of Hugo Boss parted, when his three-year contract expired. Not yet officially, but according to TextilWirtschaft's information, Lahrs will be heading S.Oliver Group in Rottendorf in the future.

Company founder Bernd Freier, who manages S.Oliver on an interim basis, does not want to confirm. But according to people close to the company the news is already making the rounds internally as well. Lahrs, according to a statement by the Bottega Veneta parent company Kering, wants to be closer to his family and face new professional challenges.

Last time Freier had no luck with his CEOs

It is no secret that Freier has long been desperately seeking an internationally recognized heavyweight for the future and long-term management of his company. Last time he wasn't lucky, bosses came and went. The last one, Gernot Lenz, before his change of COO at Tommy Hilfiger, had to vacate his position last year after less than ten months.

In Lahrs, Freier would have found the man of his choice. It is assumed that it could begin in autumn, or at the latest at the turn of the year. For the company founder, who turns 73 in September, it would be a coup. One who shines far beyond the small Rottendorf: "Look, I get the top managers, they want to work for S.Oliver. It will cost him a few million euros a year in the future. You think the bill will work? At least a project of immense importance is waiting.

The new CEO joins a company that is economically robust. Impressive earnings, high equity, no obligations to lenders and stakeholders. The tasks that await him, however, are enormous.

The model S.Oliver is complex and expensive

First the good news: S.Oliver earns money, more than many others in direct competition. The EBIT margin was 8.4%. And it rose last. The bad news is that the group is not getting off the ground in terms of sales (1.34 billion euros in 2017). On the contrary, the numbers are declining. There can be no talk of expansion, especially in the global cosmos. Around 73% of revenues are still generated in the domestic market. This is where the dominant business is running. What can be explained and understood from the origins of the company shows, conversely, the dangerous dependence on a market in which expansive, vertically organized brands, at the top the Inditex lines and H & M, are increasingly narrowing the terrain for multi-label trading. But it is precisely here, in wholesale, that S.Oliver products generate by far the largest part of their sales (a good 60%) and an equally significant part of their earnings.


The Group comes from the long and successfully cultivated tradition of supplying trends and goods to the middle of the market. But the model is complex and more expensive. Too complex and too expensive to compete with lean vertical competitors in the long run. S.Oliver distributes its labels through a variety of channels: Wholesale, own retail, franchise retail, e-commerce. Zara&Co go the direct way, strictly through self-controlled distribution. In Rottendorf many ask themselves: Can we keep this up much longer? Don't we have to verticalize much more ourselves and free ourselves from the ballast of small-scale distribution? So cut away more, focus, concentrate, in the best case become something like a brand yourself?

Lahrs is a man of strict brand management

All well and good. But what does this ultimately do with the revenues we are currently generating? This is the opposite position. The dividing line between those who defend existing sales and thus existing structures with great energy has long been running internally at these poles. And to those who would like to imagine a competitive future model for the Group beyond the day.

Lahrs is a man of the retail. And strict brand management. What he means by that, he executed Hugo Boss. Long years of success. His early professional background is characterized by luxury brands that have been vertically introduced to the market: Cartier, Dior, Louis Vuitton. One does not have to be a prophet to see that this conviction could also soon be the guiding idea in Rottendorf. 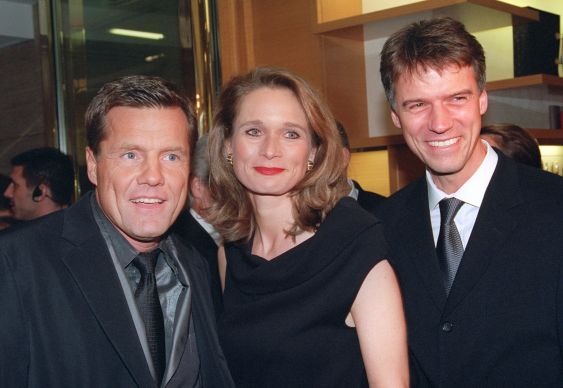 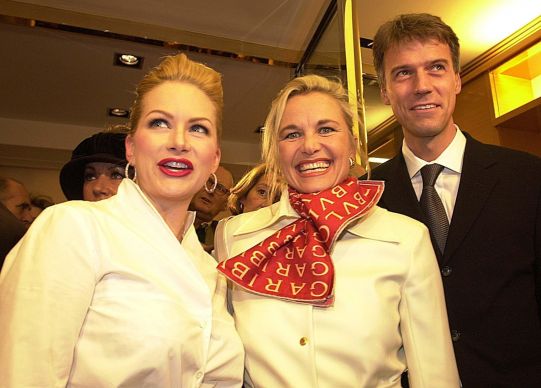 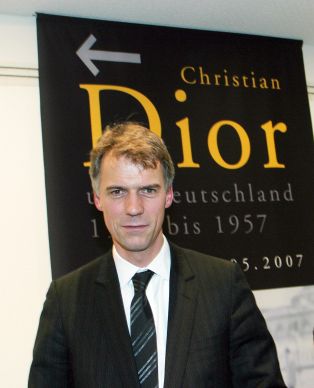 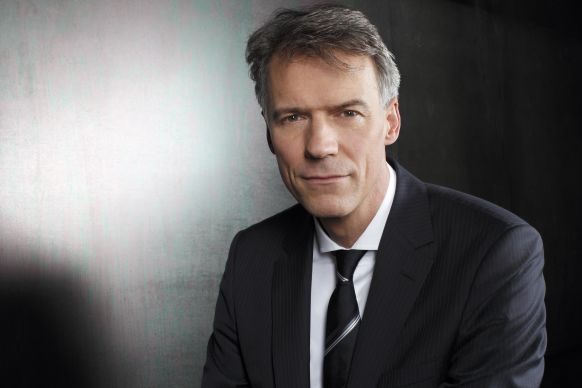 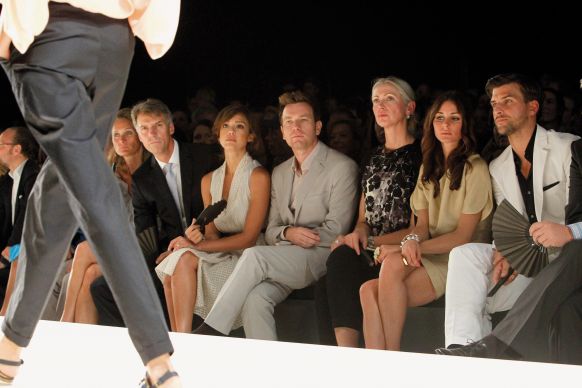 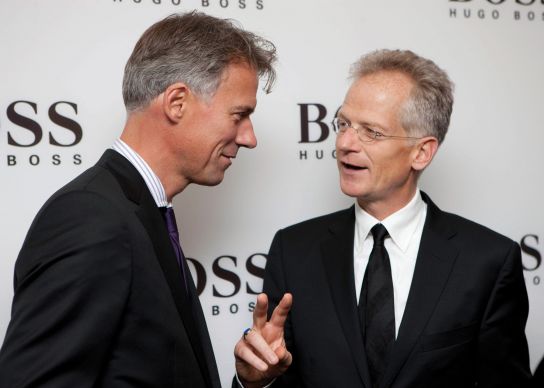 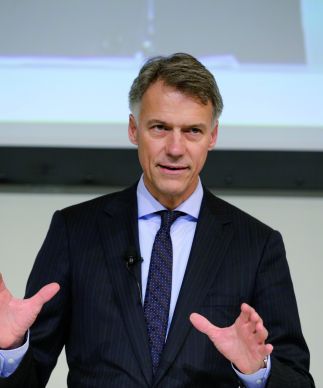 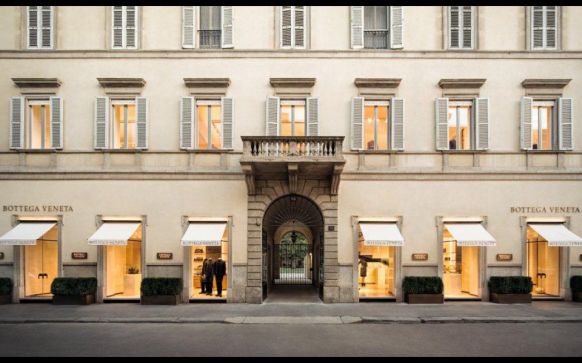 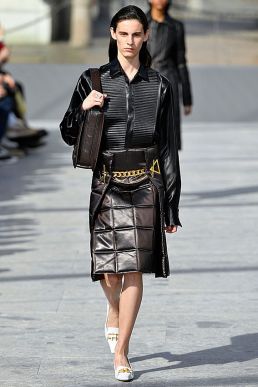 Many shops, often the wrong ones.

It's not like the group doesn't have stores. But in many cases, as with others, they are the wrong ones. The wrong ones because they are too big, too expensive, too complex in leadership - according to the business model. Here, too, a new CEO has to redesign, streamline, narrow down to the essentials. And in the best case, link it to digital background. This is not one of Lahrs' core competencies. After all, in the recent past S. Oliver has strengthened its online presence with top people, including from Amazon.

Can Lahr's Mainstream? The cosmopolitan who is said to love luxury? Why not? Why not? At the very least, he seems to feel like steering and shaping a company. What is obviously closer to him than to continue to be the governor of a French entrepreneurial family focused on high-end products such as the Pinaults.

It can be assumed that Lahrs will not sign any contract without the assurance of the greatest possible independence. You'll see here. Paper is patient. The idea that the founder only watches from the outside seems absurd when looking at the history of the board. Others had already been hired with the promise that the new boss would define the direction himself in the future and be free to decide and act when implementing it.

Christian Freier should be waiting in the background

Former CEOs, including Reiner Pichler and Gernot Lenz, both of whom have come with an early credit and reputation, soon cut sail. Armin Fichtel, a companion of the founder for many years, came in between as a fire brigade to order and calm the house.
Now Lahrs. That's a different caliber. Profiled, internationally practiced, above all independent. Not just any manager, but rather the Directeur Général type, in the style of his time in Paris. Freier needs someone who meets him and his urge to act in daily business with his own authority. And, no less important, it quickly gains access to the critical levels within the company.

It is foreseeable that there will be a certain amount of chairing backs and that Lahr will be able to fill relevant management functions very quickly and consistently with people of his trust. Every newcomer will have to cut up rope teams and clear positions that stand in the way of his idea. This is gonna hurt. In the best case for the company beneficial.

Christian Freier, son of the founder and one of four children, is waiting in the background, which is also to be assumed. The junior, in his mid-30s, currently in the real estate business, holds a 10% stake in the company, just like the others. He could continue the dynasty according to the family's wishes. And Lahrs would be the one who would also be the godfather for it. 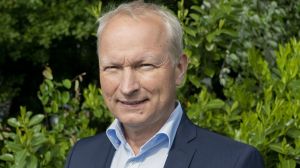 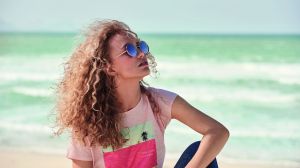 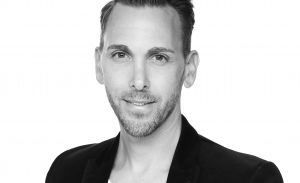