Men's makeup gropes its way into the mainstream 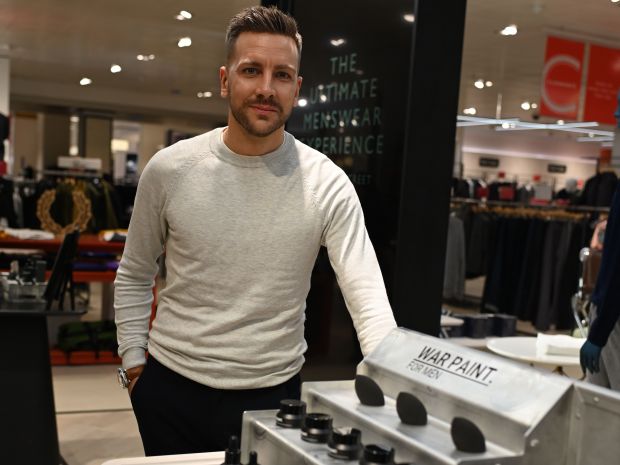 Daniel Gray, founder of War Paint, at the launch of the pop-up in the menswear department of John Lewis

For four weeks, the young men's beauty brand War Paint has moved into John Lewis' flagship store on London's Oxford Street with a sales stand in order to make its range of products known to a wide audience. On the approximately 100m² experimental pop-up area "The Pitch" men can get advice on beauty issues until the beginning of February and choose from the complete War Paint range. Top seller, by the way, is a pot of concealer for 18 pounds (22 euros), the range extends from face creams to foundation and powder. 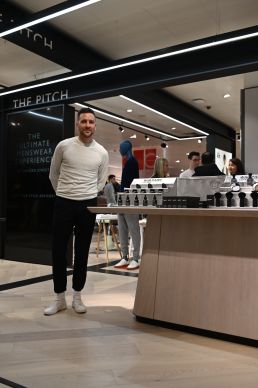 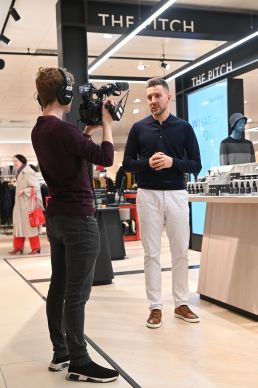 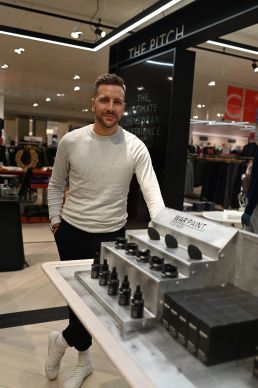 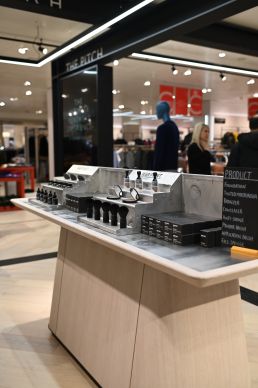 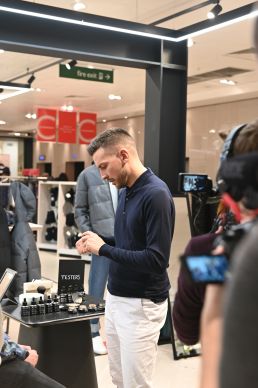 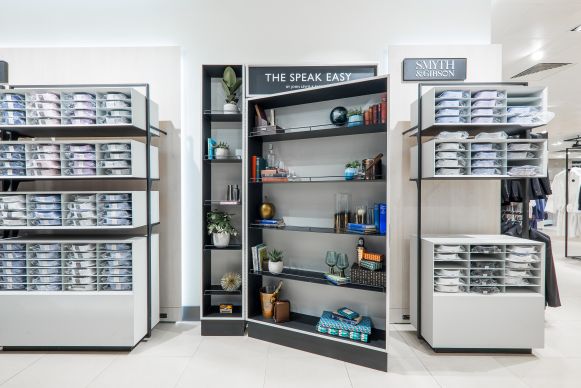 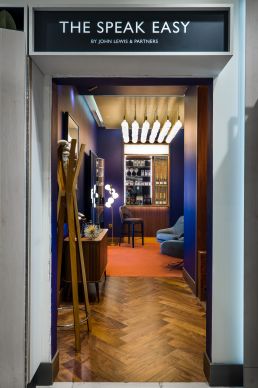 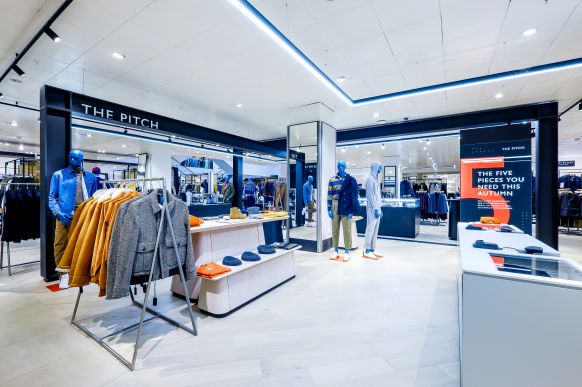 Simon Groves
Die Menswear-Abteilung im Flagship-Store von John Lewis mit der Pop-up-Fläche The Pitch.
8 / 8
Teilen
During the relaunch of the menswear department at the end of last year, John Lewis & Partners set up the pop-up area to offer male customers a new shopping experience. Buyers are always on the lookout for new and up-and-coming brands that can present themselves in this area over a period of four weeks.
The response of customers to War Paint has been really positive so far. "Men's skin care products have evolved considerably over the past decade and make-up is the next natural step," says Amelia Kendrick, John Lewis & Partners Beauty Buyer, "We know that men have been using make-up for some time. So it made sense to position this brand in our menswear department alongside other care products such as hair styling.

We’re in @johnlewisandpartners Oxford Street, London. Visit us in store until the end of January 2020 💥 Situated in the men’s department on the ground floor 👊🏼 #warpaint #johnlewis

The market research company Research and Markets estimates that the global market for men's skin care products will grow by 5.3% to USD 78.6 billion (EUR 70.53) between 2017 and 2023. The product range, which in recent decades was limited mainly to shaving creams, deodorants, after-shave and shampoos, has now been expanded to include other products such as moisturisers, face creams, bronzers, concealers, serums, face masks and anti-ageing products.

Mainstream retailers like John Lewis want to participate in the growing awareness of male consumers for personal wellness and appearance, which is driven by e-commerce and social media. The new brands will not be offered in the Beauty Hall next to the products for women, but in the Menswear department, where they can be perfectly integrated next to the new suite for styling and VIP services. After the War Paint pop-up in the London flagship store, John Lewis & Partners sees potential for expansion to the other branches of the group.