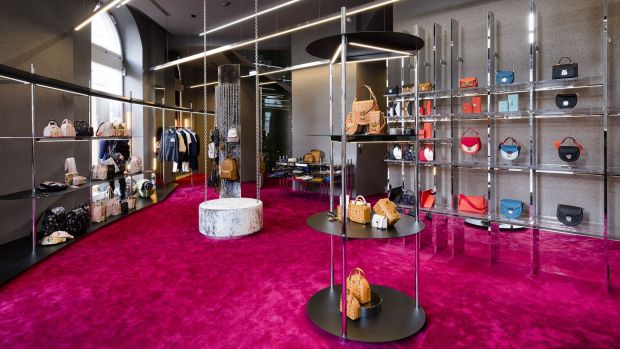 Munich is followed by Vienna. As announced, MCM opened its first flagship store in Austria in December. With the new location in Vienna, the luxury label has opened the door to further retail expansion.

The luxury label MCM has been doing a lot since Dirk Schönberger took over the creative helm. He is not only driving expansion with new stores, but has also revised the store concept. After the premiere in the Munich flagship store, the new face is now visible in the 300m² Vienna location at Michaelerplatz.

"We are further expanding MCM's worldwide presence - and the flagship store in the Austrian capital is part of our expansion strategy," says Dirk Schönberger, Global Creative Officer at MCM. "Vienna is economically a key market for us - but the city is also a cultural centre in Europe and also interesting for MCM in this respect". The tension between the modern, characteristic interior in contrast to the historic building reflects the character of MCM - a brand that has repeatedly built bridges between different worlds. 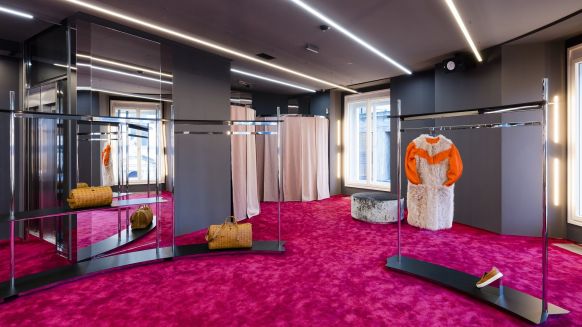 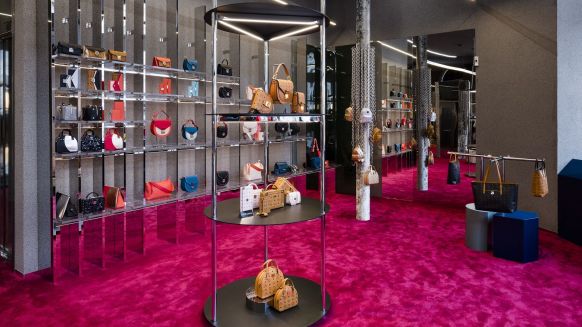 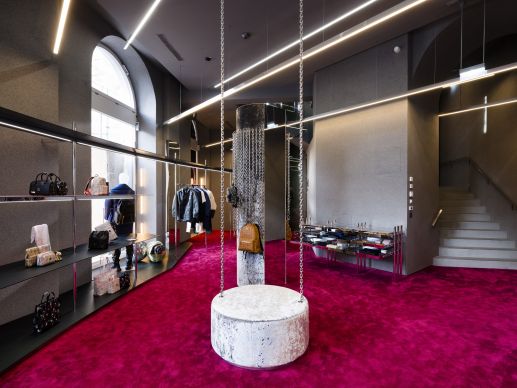 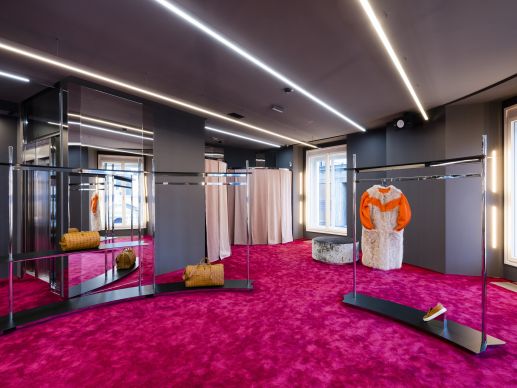 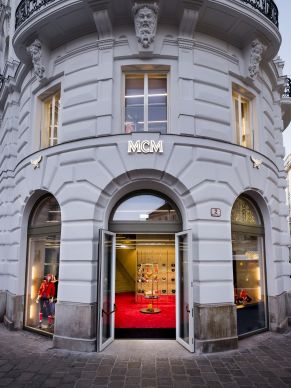 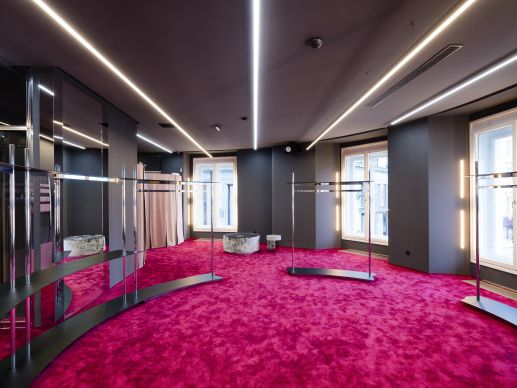 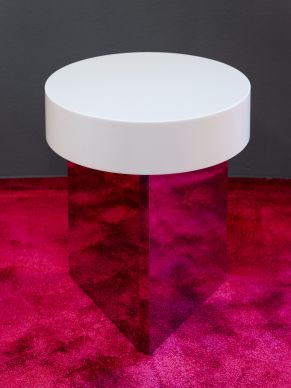 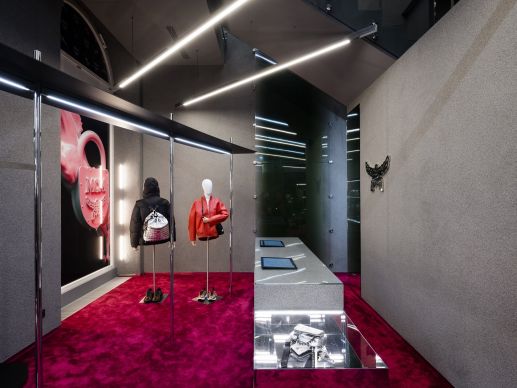 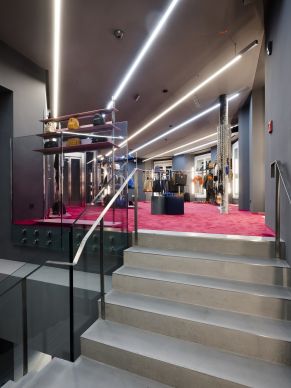 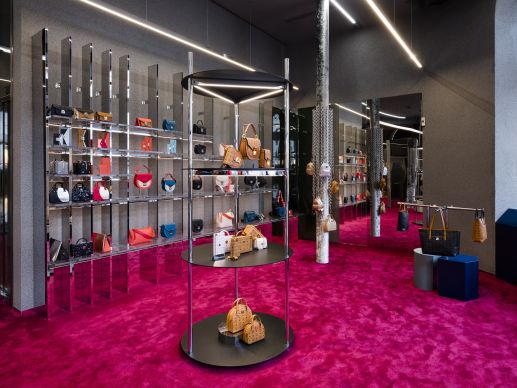 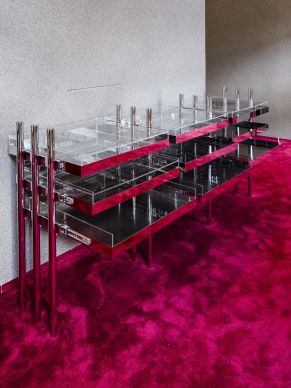 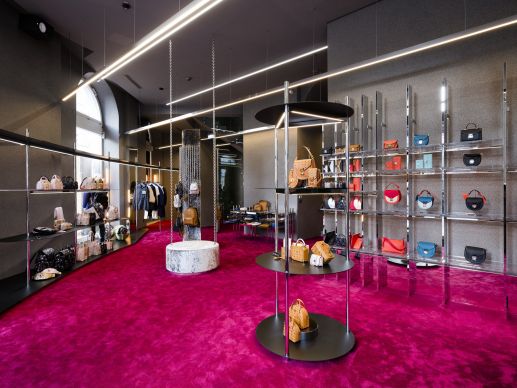 MCM
MCM eröffnet in Wien
13 / 13
Teilen
And this is how the concept looks concrete on the surface: bright red carpet and green colour gradients over porous dark grey wall surfaces. In addition there is the chain element for the storage of leather goods. A staircase leads to the upper floor with free-standing and mobile furniture units. Flowing curtain strips of pink recycled microsuede surround the circular changing rooms.