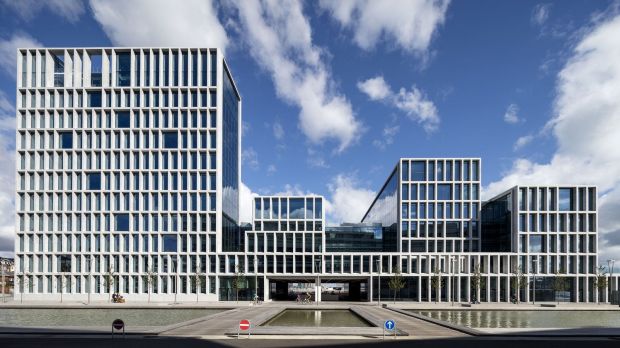 The 750 employees made redundant mainly come from the various company headquarters in Denmark (here: Aarhus).

Hard step: The Danish bestseller group (Jack&Jones, Vero Moda, Only, among others) has laid off 750 employees due to the Corona crisis.

As confirmed by the company in response to an inquiry from TW, these are mainly employees of the various group and brand headquarters in Denmark. In recent weeks, there have been considerable declines in sales and liquidity, which is why the company has been forced to take this measure. In addition, the Group is taking advantage of a government program set up in response to the Corona crisis, under which companies can temporarily release their employees until June 9 and only have to pay around a quarter of their salaries. Bestseller intends to apply for this government aid, initially for 2,400 employees, mainly from the retail sector. In total, 4400 employees have worked for the fashion group so far.


Group CEO and owner Anders Holch Povlsen says: "The government's support package is a good tool and we have at least been able to limit the number of redundancies. Nevertheless, I am sorry that it is necessary to say goodbye to very talented and loyal colleagues. The next four to eight weeks will decide how the future looks like. We believe that thanks to our efforts we will find our way back to our old strength in the long term and we will fight for it.

In an interview with the Danish daily Børsen Povlsen takes a deeper look: "We expect the worst in the next eight to twelve weeks. The Corona crisis is much worse than the financial crises, because after all there were consumers back then". At present, practically all 2750 shops are closed.

Povlsen also expects redundancies abroad, possibly in the same amount as in the domestic market. "But I do not know yet. We are checking the market by market. After all, there are different rules in different countries. At the same time he wants to fight for the dismissed employees to be reinstated: "They are talented and I would rather have them myself than at other companies.

In an interview, Povlsen emphasizes the drama of the crisis: "We are in a situation where we don't know what our stocks and receivables are worth. And we have to deal with the fact that it will take longer than most people think before everything is up and running again. We have no choice but to expect the worst." Because business grew in double figures at the beginning of the crisis, generous orders were placed with suppliers. Povlsen: "This hits us like a boomerang now."