The fourth week following the lockdown: -24%.

Last week, Germany's brick-and-mortar fashion retailers breathed a sigh of relief: for the first time since mid-March, all stores were allowed to open their entire sales areas. Nevertheless, sales remained significantly lower than in the previous year, which was hardly surprising. However, the evaluation of TW-Testclub's results shows a slight tick upwards. At an average of minus 24%, the decline was significantly lower than in the weeks prior. 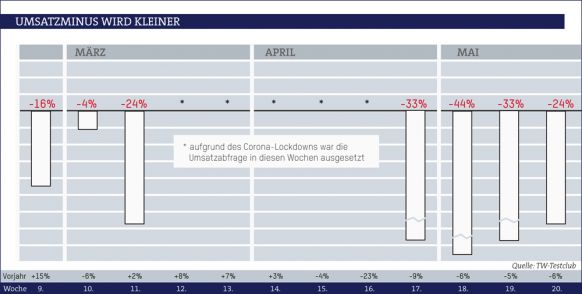 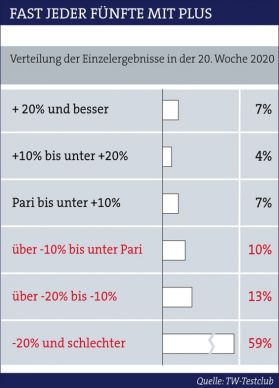 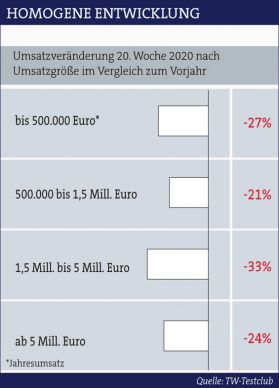 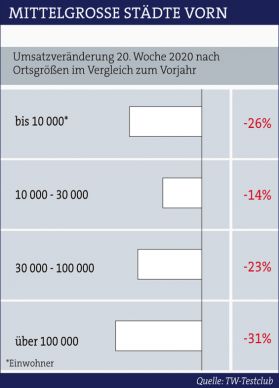 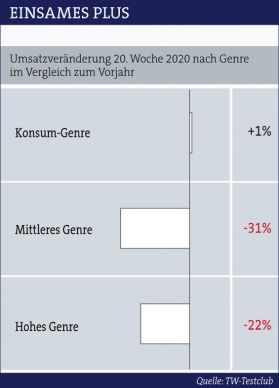 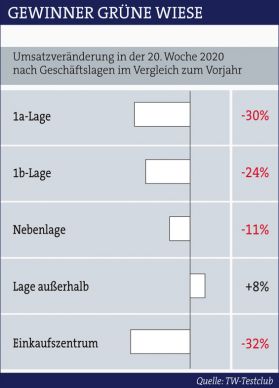 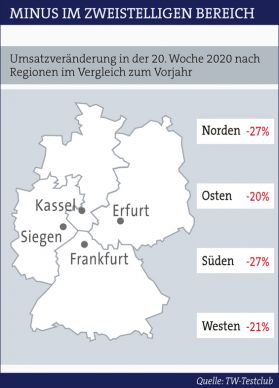 8 / 8
Teilen
Week 20 was generally quite mixed for brick-and-mortar fashion merchants. On one hand, cafes and restaurants were also able to reopen at the end of the week - with many retailers hoping for a significant increase in traffic. On the other hand, the current obligation to protect mouth and nose made selling more difficult. "Shopping with a mask remains unattractive, but the previous year was weak, therefore we were down only 12%," says a retailer from Bavaria.
Fashion retailers with a very reasonably priced assortment increased their sales by 1% compared to the previous year. This contrasts with a high revenue losses at merchants in the medium price range. According to the TW-Testclub, their average decline amounted to 31% compared to 2019. The picture is also clear for locations. Consumers are apparently mainly heading for fashion shops in non-urban areas, with retailers there reporting an average increase of 8%. Suppliers in prime locations and shopping centers, on the other hand, lost 30% and more.

The fashion business was also negatively influenced by the weather last week. The ice saints lived up to their name and provided cool and uncomfortable weather, not good conditions for selling summer fashion.